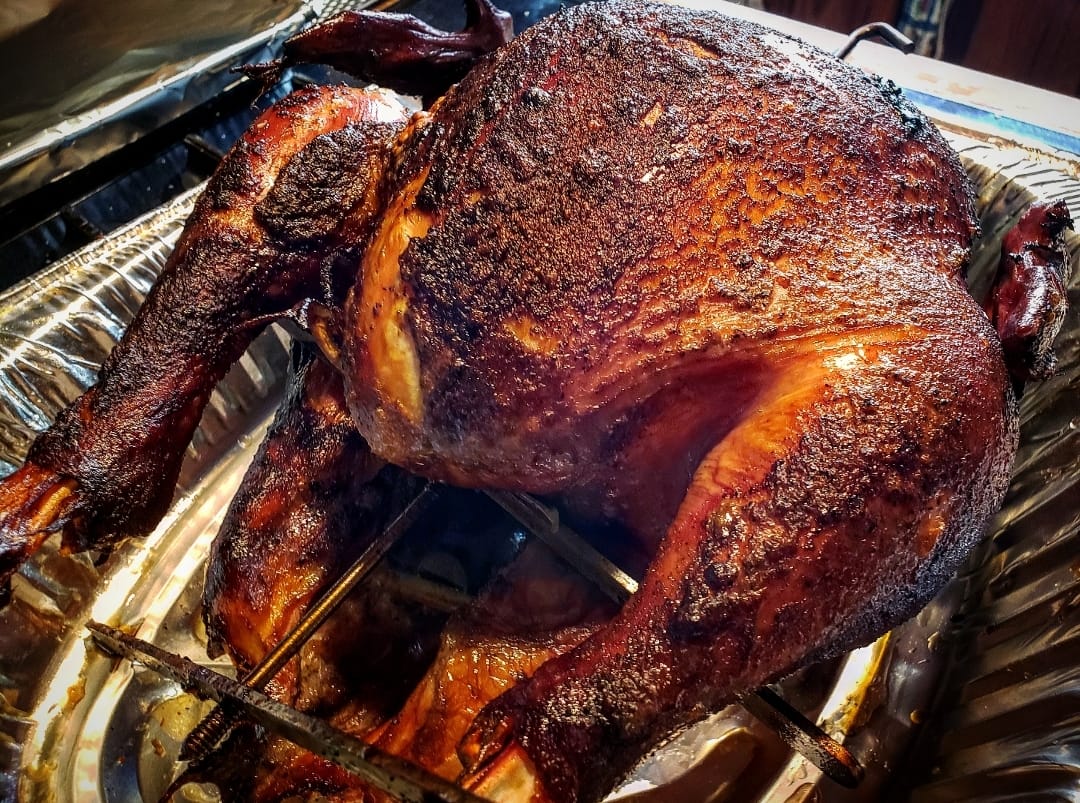 I hardly consider myself a poultry pro.

When I was growing up, I was a picky child. Every time I would go out to eat with my family, when the question of, Where does everybody want to go eat? arised, my suggestion wasalways, Somewhere with good chicken wings. When we would go on vacation, it surprised nobody in the family that I was going to order wings everywhere wed go.

When I grew up, I wanted to learn how to master chicken breast. Not how to consistently produce moist chicken breasts, but how to flavor them in different ways so they wouldnt become boring. The grocery stores where I live often feature family packs of chicken breasts on sale for $1.99/lb. or under quite often, so it is an easy source of protein to come about. (My favorite method: hot-smoked on the Barrel House Cooker for 20-25 minutes, using lump charcoal, with Caribeque Signature Series Chicken Rub on the breasts my all-time favorite seasoning for chicken if we arent going into the topic of spicy grub).

Turkey is a different beast, though.

I like turkey, but it isnt something that I crave often. I became so conditioned to having standard, oven roasted turkey for Thanksgiving all my life. Deep-fried turkey is fantastic, but once you get past the skin, turkey still tastes just like regular ol turkey.

Fast-forward to last year: my first time smoking a turkey for Thanksgiving. My first time everhostinga Thanksgiving in my life, at age 27. My mother had a stroke two weeks before Thanksgiving, and it was an emotionally charged time for my family because she was still in the hospital during Thanksgiving. I had my heart set on one ultimate goal for turkey day: I was going to smoke that bird. My method? Hanging the turkey with the EZ-Load Turkey Plus Kit from Barrel House Cooker Co. For the sake of shortening this particular Thanksgiving day story, this method of smoking a bird produced the most flavorful turkey I can recall ever having.

This year, I wanted to outdo myself from last year. This was my preparation for the 15-lb. turkey I smoked for Thanksgiving dinner:

(One caveat: I did not brine this bird, because it was already pre-brined. Keep this in mind if you are planning on cooking a turkey that hasnt already been pre-brined.)

The day before Thanksgiving, with the turkey being thawed out in the refrigerator for around three days, I sat it out in a pan, removed the giblet package and the neck, and patted it dry with multiple paper towels.

Afterwards, I used duck fat spray (I originally found duck fat spray at Cabelas, but now many Wal-Mart locations are carrying it for a couple of bucks cheaper) to spray the skin of the turkey. Not only does this spray act as a binder for your rub, but you add an extra layer of fat, yielding more flavor.

Last year, I used the Everything Rub by The Killer Cook, which is fantastic, but this year I went a different route: Slap Ya Mama. I wanted to throw down a Cajun smoked turkey. I seasoned the bird liberally with Slap Ya Mama. While it is quite a salty seasoning, I wanted to give the skin enough flavor to where enough would penetrate into the meat by the end of the cook. With the turkey ready to go, I let it sit in the fridge overnight to absorb the seasoning.

I started up my Barrel House Cooker 14D with about half of the charcoal basket with coals while filing a small charcoal chimney up before lighting. After letting the coals burn for 15 minutes, I added them on top of the charcoal basket, placed two chunks of applewood (I used cherrywood last year) onto two separate sides of the coals and placed the base of the Barrel House Cooker onto the bottom charcoal station and closed the lid.

At around 8 in the morning, I added the turkey, hanging it in the cooker using the EZ-Load Turkey Plus Kit. This was about ten minutes after I added the charcoal to the basket.

This was, hands down, the best turkey Ive ever eaten, and not one complaint was uttered by the guests (maybe they were just being nice). I have no shame in calling this, perfecting a smoked turkey. It was incredibly juicy and absolutely tender.

Some may describe the skin as being too dark, preferring more of a brown skin for their bird, but that also has much to do with what kind of rub you use. Again, I used a liberal amount of Slap Ya Mama Cajun seasoning, and Im sure that is the reason for the darker skin, as it certainly was not burnt in the slightest.

Drum smokers like the Barrel House Cooker are perfect for poultry. I didnot use a water pan. One of the reasons drum smokers are so formidable at producing flavorful grub is that the juices from the meat will hit the hot coals and the vapors resulting from that action will rise and baste the meat during the cooking process. I owe the juiciness of the turkey to that mechanism of the cooker.

I highly recommend giving this method a shot if you have a drum smoker. Your family, unless opposed to smoked grub, will thank you for it, especially on a day to be thankful.