95 million people are native speakers of German — and 85 million speak it as a second language. These speakers range from the people of Germany, Switzerland, and Austria (it is the most widely spoken “mother tongue” in the EU) to those impacted by German colonialism and refugees and immigrants arriving in these countries. It is the third most widely taught foreign language in the U.S. and the EU, and the third most widely used language on websites.

That on its own wouldn’t necessarily guarantee a high rate of translation. But German-speaking countries are also ranked fifth in publication of new books, so that one tenth of all books, including ebooks, in the world are being published in German [link is to download HTML document].

So, this is not one of the lists that I really had to struggle to find books for — we’re lucky to have a wealth of books translated from German into English. Still, we need more of them, particularly from modern-day women writers and authors of color. I found so many wondrous-looking books on my search that aren’t being translated yet — I want debut novel Ministry of Dreams by nonbinary Iranian journalist Hengameh Yaghoobifarah, and Ada’s Raum by Sharon Dodua Otoo, and At Night All Is Quiet in Tehran by Shida Bazyar, and Rose Stem by Angela Stiedele, in my hands and ready to be read.

There’s an entire database, New Books in German, that highlights German-language books from Austria, Germany, and Switzerland that are waiting to be translated into English — translators and editors can get financial support for the translations through their partner organizations.

The books I’ve gathered for this list touch on dislocation, disillusionment, and disenfranchisement. They dive into small moments of human connection and the realities of politics today in Germany — from the refugee crisis to the impact of globalization to the still-pervasive existence of the far-right. A melancholy of memory and loss haunts our characters. Wide, quirky casts of characters build the scenes. They are personal favorites and stunning recent releases. I hope you enjoy.

Please note that while I took great care to list content warnings where I could, things can fall through the cracks. Please do additional research on the recommended titles if needed. 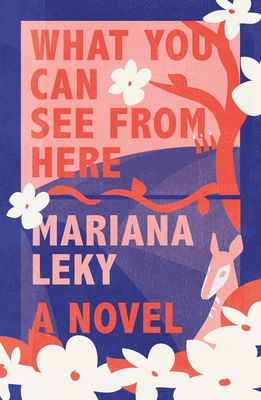 What You Can See From Here by Mariana Leky, translated by Tess Lewis

In this brilliant, witty, vivid story, young Luise is growing up with her grandmother Selma. When Selma dreams of an okapi, everyone in town knows what it means — someone is about to die — and the town plunges into a day of anxiety and impulsive confessions. We follow Luise alongside her coming of age, filtered through turning points defined by loss and by a charming small town of fun, silly characters, from the moping Sad Marlies to the nervous optician to the superstitious Elsbeth. Leky’s book, which was one of my favorite books of 2021, captures the bittersweetness of life and all its hopes and small joys and big sorrows. Soft, quirky, and dreamy! 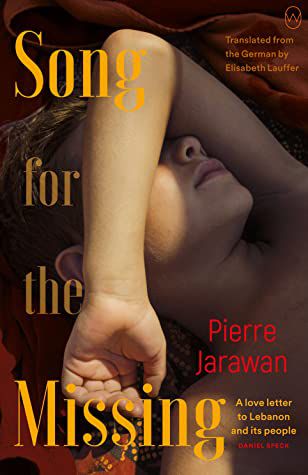 Song for the Missing by Pierre Jarawan, translated by Elisabeth Lauffer

In this work of historical fiction, a man named Amin in Lebanon decides to write down his memories and story. He returned to Lebanon from Germany with his grandmother Yara when he was just a teen, and tried to put together the puzzle of what happened to their country in the interim — the thousands of missing people, the debris of conflict. As he forges a friendship with a boy named Jafar, who shows him around the city of Beirut, he realizes that the world he grew up in was vastly different from the one being formed in his homeland while he was away. The book digs into memory, history, displacement, and uncertainty. 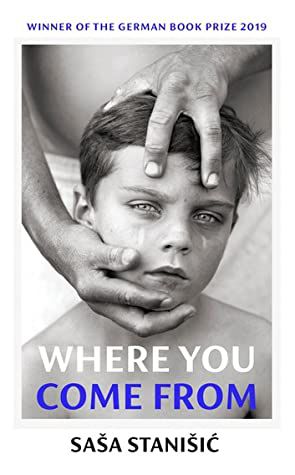 Where You Come From by Saša Stanišić, translated by Damion Searls

Bringing together autobiographical fiction with a multitude of other genres, Bosnian German Stanišić writes of a sparsely populated village and a family’s escape from the fighting in then-Yugoslavia to Germany, of their struggle to build an identity and life in a new country despite resistance and language barriers. It’s a funny, tear-jerking, and vivid book about immigration, luck, loss, inspired by the author’s own journey with his family. The author — who won the prestigious German Book Prize for this novel — writes of origins and homelands, of shame and hate, of memory and family. 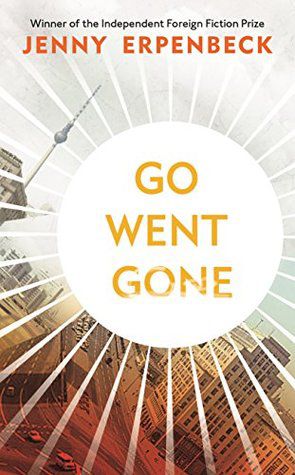 Retired professor Richard is lonely after the death of his wife and looking for something to fill his time. To his own surprise, he finds himself trying to wrap his head around the struggle of African asylum seekers in Berlin, interviewing them about their lives and experiences. Richard grew up in East Germany, in a pre-reunification Berlin where the wall was still standing, and as he grows increasingly familiar with how his country treats these refugees, he muses on the nature of borders, the forced erasure of memory, and the absurdities of what these men face. It’s a really vivid, empathetic, beautiful book about a man confronting his own privilege and becoming increasingly immersed into the world of the asylum seekers. 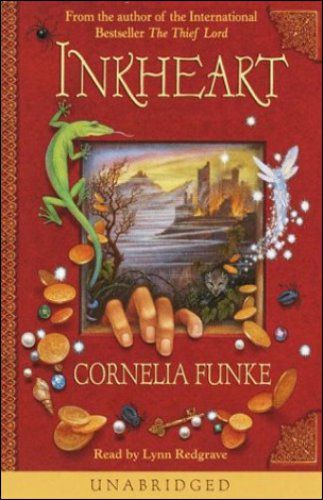 Did you know that childhood fantasy classic Inkheart is translated from German? It’s an old favorite of mine. In this fantastical epic, Meggie and her father Mo, a book binder and restorer, have their lives shaken when a mysterious man right out of the pages of a book, Dustfinger, arrives at their door. It turns out that many years ago, Mo read a villain out of a book, manifesting him into their reality. Now, they’re immersed in a real-life adventure. This poetic, lengthy story made for young book lovers is about stepping into — or out of — the pages of a book. 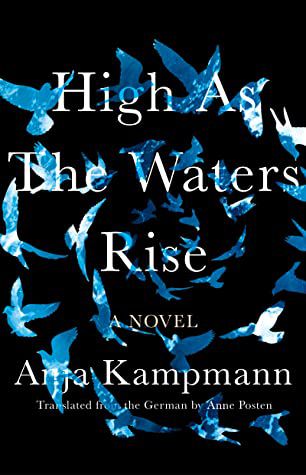 High As The Waters Rise by Anja Kampmann, translated by Anne Posten

Waclaw and Mátyás are oil rig workers and best friends. So when Mátyás goes missing, lost at sea, Waclaw is plunged into his grief. He’ll go on to visit his friend’s furious half-sister in Hungary, see other rig workers on shore leave and meet other people struggling under the weight of capitalism, and finally land in his hometown in Germany. This book is a poignant story that centers around a passionate male friendship. It’s rare that male friendships get the treatment they deserve, given the full emotional weight that female friendships or romances are more likely to receive. Kampmann’s writing is poetic and rich in this novel. 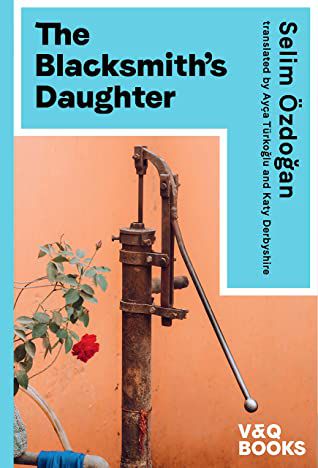 The Blacksmith’s Daughter by Selim Özdoğan, translated by Ayça Türkoğlu and Katy Derbyshire

This book is the first in the “Anatolian Blues” trilogy, which traces the life of Gül, a girl who first grows up in 1950s Anatolia before moving to Germany as a migrant worker. This first book is the story of her childhood and coming of age in the large family of her father, a blacksmith named Timur. While the cast of characters in her village is complex and lovely, their life is harsh, and the vivid story shows why Gül eventually decides to head to Germany in order to find work. The second book in the series, 52 Factory Lane, was published earlier this year. 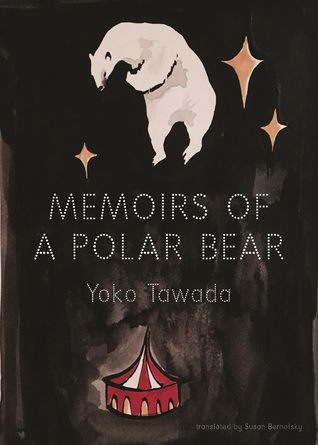 Memoirs of a Polar Bear by Yōko Tawada, translated by Susan Bernofsky

Three generations of polar bears — the unnamed grandmother matriarch, the performer Tosca, and her son Knut — perform and write in East Germany in this strange, surreal novel. There’s the grandmother, an ex-pat whose autobiography becomes famous but who longs for cold and Canada, there’s the painful circus world of Tosca, and there’s Knut, born in a zoo (based on a real bear). Over the generations, their ability to communicate with humans slowly breaks down in the bears’ isolation and subjugation. 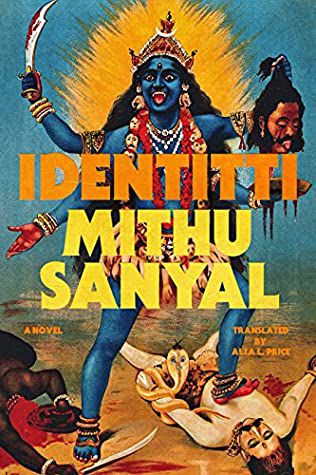 Nivedita is a German Indian doctoral student, blogger, and activist who worships her supervisor, celebrity professor Saraswati, a postcolonial and race studies expert. Except then — just hours after Nivedita sings her praises on the radio — a bombshell unfurls a storm of controversy and debate. It turns out, professor Saraswati is actually white. Nivedita, sharing her thoughts in a long soliloquy to goddess Kali, has to reconsider the validity of all the lessons that Saraswati taught her, and is thrown into debates about “transracial” identity, ethics, and construct. Sanyal’s new novel is a satiric force dealing with many modern-day issues of identity and politics through the powerful voice and journey of Nivedita. 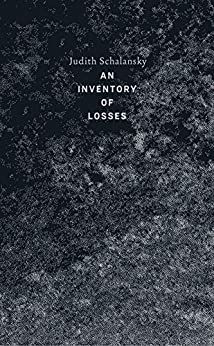 An Inventory of Losses by Judith Schalansky, translated by Jackie Smith

In this strange collection of short stories, Schalansky crafts fictions around empty spaces, things that have died out, disappeared, that we don’t know quite enough about to see clearly. She writes of a Caspian tiger made to fight by the Romans, of the gaps in Sappho’s verses, of an island that may have existed. Some of the genre-bending essay-stories are more effective than others, but all of them are rich and descriptive, digging into death, memory, decomposition, and destruction. Where do things that get lost go? What happens to the places and buildings that slip out of our written records and exist only in stories or in our memories? It’s an intriguing, dense, thought-provoking book. 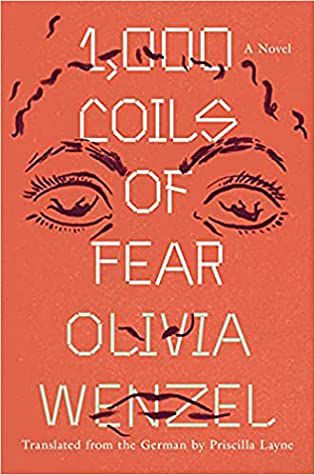 1,000 Coils of Fear by Olivia Wenzel, translated by Priscilla Layne

A Black German woman engages herself (or is it?) in a long, painful dialogue that unfurls into her past, into her traumas and microaggressions, into her too-absent parents, her grandmother, and her twin brother who died by suicide at just 19. She speaks of neo-Nazis arriving where she and her boyfriend are camping by a lake; of waking up in New York on the morning that Donald Trump was elected; of the people in her life who retain connections to the far-right. In this strange new novel where time is nebulous and past traumas mix irrepressibly with the present, the protagonist lives in a vivid, painful ocean of fear that she can’t shake, constantly waiting for the next horrible thing to happen. 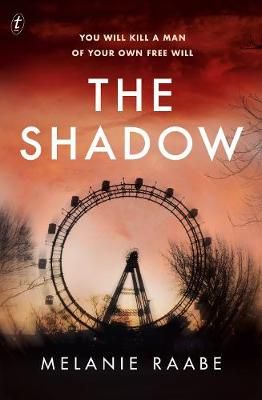 The Shadow by Melanie Raabe, translated by Imogen Taylor

Norah has just moved to Vienna, hoping to leave her trauma and old life far behind her. But then a homeless woman tells her that on February 11, she will kill a man named Arthur Grimm. “Of your own free will. And for a good reason.” Ominous, right? And it just so happens that years ago, on February 11, Norah’s childhood best friend died by suicide, a traumatic event that continues to haunt her. So when Grimm appears in her life, when she starts getting creepy texts and suspecting someone has been in her apartment, she starts to wonder whether she knows the real story of what happened all those years ago. And whether she can trust the woman’s assessment that if she kills him…he’ll have deserved it. This slow-burn thriller is worth the investment. 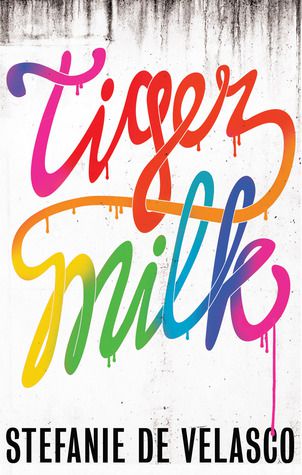 Bold, impulsive German girl Nini and whip-smart Iraqi immigrant Jameelah are best friends in high school, filled to the brim with the recklessness of too much independence and the certainty that their youth gives them an unshakeable immortality. They wander the city, experimenting with sex and sipping their alcoholic concoction “tiger milk,” lounging by the pool and dealing with friend drama. But their summer is disrupted by the chasm between Muslim and non-Muslim worlds, by prejudice and Islamophobia, by misogyny and a violent act that rocks their neighborhood. Velasco completely nailed the pain and joy of being best friends as a teenage girl, and the immaturity, impulsiveness, and irrationality of being a teen.