The first word in each theme answer can be placed before, or "open", the word Can to give us a common item often found in a kitchen. 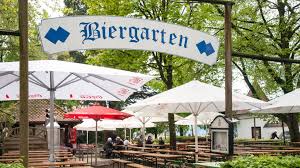 21-Across. Taunting banter between players: TRASH TALK.  Trash Can. 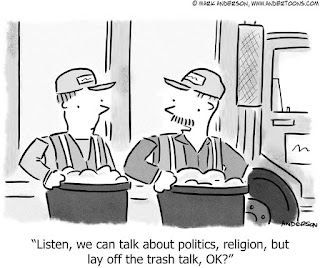 35-Across. Topper for a conspiracy theorist: TIN FOIL HAT.  Tin Can. 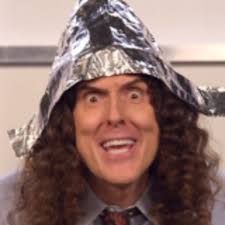 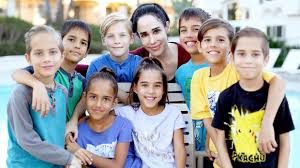 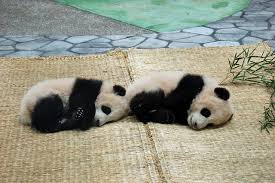 
19. Emergency op for choppers: EVAC.
20. Make euphoric: ELATE.
23. Green eggs lover: SAM-I-AM.  A reference to Green Eggs and Ham by Dr. Seuss.  His editor, Bennett Cerf, bet Seuss that he couldn't write a book using 50 or fewer distinct words.  The editor lost.  Green Eggs and Ham uses only 50 words.  "I do not like them, Sam-I-Am, I do not like green eggs and ham." 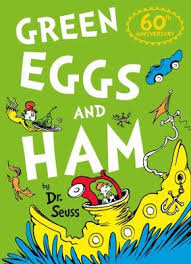 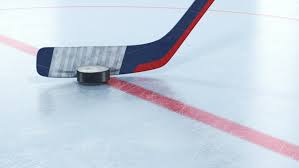 
64. Screwdriver, e.g.: TOOL.  Also a drink made with Vodka and Orange Juice.  Between my junior and senior year in high school, I was admitted into a college summer program.  My roommate and I would go to the weekly concerts put on by the music department, not because we were interested in the music, but for the screwdrives that were served after the concerts. 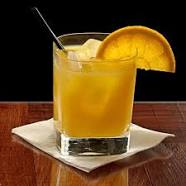 65. Compound with a fruity aroma: ESTER. 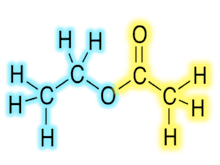 66. Give in: CAVE.  Amazing drawings can be found in the Lascaux Cave in France.  I first visited the Lascaux Caves about 30 years ago.  We had been living in France, so were comfortable with the language, however, a tour was being offered for English speakers.  We opted for that tour.  It turned out English was the languge of all the people on the tour, but the tour guide still spoke French.  We ended up being the translator for the group. 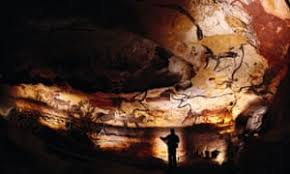 2. High-speed Northeast train: ACELA.  I learned of this train from doing the crossword puzzles.  It makes appearances from time to time.
3. Cook, as clams: STEAM. 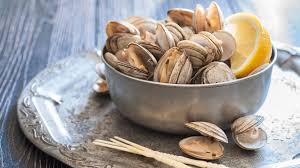 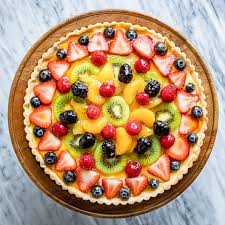 
8. Brainstorming output: IDEAS.
9. Local language, in Denmark: DANSK.  Also the name of a company that makes cookware and dinner ware.
10. Uneasy: FRETFUL.
11. Eruption content: LAVA.  //  Not to be confused with 54-Down. Cocoon dweller: LARVA. 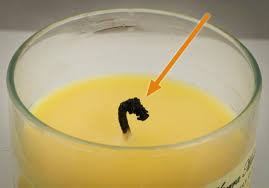 18. Drive or reverse: GEAR.
22. Kachina carvers: HOPIs.  A Kachina is a spirit being in the religious beliefs of Native American cultures, including the Hopis.
24. San __: San Francisco Bay city: MATEO.
27. __ Féin: SINN.  Sinn Féin is a political party in Ireland.  The phrase Sinn Féin is Irish for We Ourselves.
29. Square cereal: CHEX.  Apparently it comes in all kinds of weird flavors now. 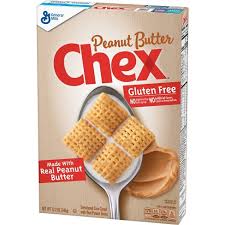 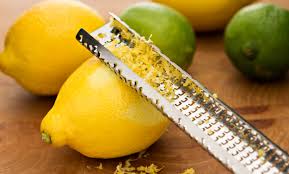 33. Nestlé pet food brand: ALPO.  The name is derived from from its original manufacturer, the Allen Products Company. 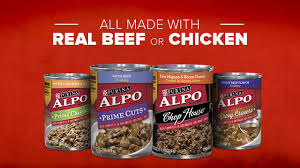 34. Fortified wine from the Douro Valley: PORT.
36. It may be cracked or roasted: NUT.
37. Stable youngster: FOAL. 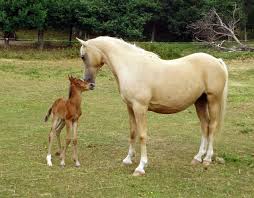 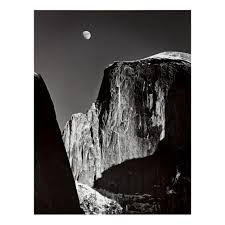 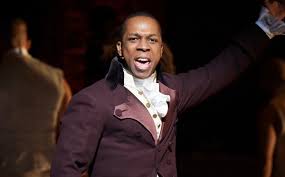 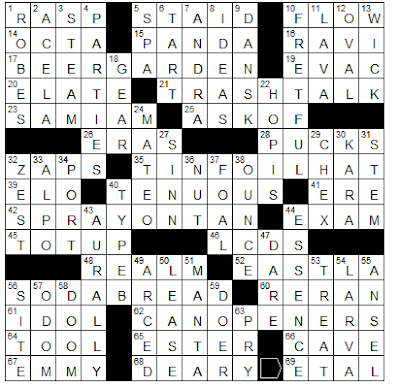 QOD:  Did you know you have the right to remain silent even when you're not being arrested?  ~  Anonymous