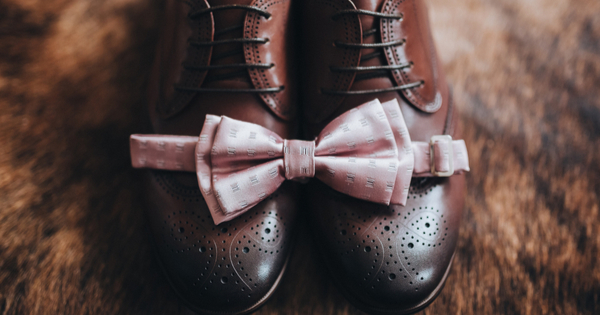 This may surprise some people, but I’ve been called a lot of things over the years and a lot of them weren’t even nice.  It’s even true to say that I was called things just today that would make some of you clutch your pearls and shake your head. One of the less vulgar of these, the one that inspired this writing, was “goody two-shoes”, something that I can say with some certainty is not a way that I’ve ever been described before.

The origin of the phrase is a bit murky. There’s a poem by Charles Cotton in 1670 that uses it, an anonymously written fable in 1765 that seems to have popularized it and a handful of women in nursing homes that use it to describe those that tattle on their after-hours rummy games but I think we all still know what it infers. Not just righteousness but the kind that comes with a “self” in front of it.

I don’t mean to imply that I’m some sort of rule-breaker, to pretend to be a bad boy. I did that for a long time and fooled a few people along the way but not many. I had the mullet, dagger earring and Metallica T-shirt. I watched The Lost Boys a bunch of times and convinced myself that I was the vampire kids and not the comic book guys.

I have a bunch of tattoos but a lot of them are dragons and even if I keep getting them it’s not to impress anybody. I’m not sure Yosemite Sam on my left bicep was really impressing anybody anyway. I’m just saying that I haven’t always done the right thing over the years, that often I’ve taken the easy way out. That I’m not a “goody two-shoes” dammit.

Oddly enough it had nothing to do with my liberal-leaning Facebook posts, my support of those protesting or noting the beginning of Pride Month. It wasn’t somebody calling me out on my “slacktivism” or “PC bullshit”.

It was because we continue to bust our asses getting all of our school work completed when apparently everyone else decided that just like the coronavirus, it’s June, it’s 80 degrees outside, and they are all done with this crap.

I don’t know why we are still doing it. It’s been made clear that everyone is getting promoted. For the older grades, you need to have attempted to complete 65% of your work, 85% to be recognized as exemplary. My kid is nine, a zoom meeting with her teacher today made it clear that we should be proud of the effort we’ve put in and I really feel like the art projects we are still getting should be optional ideas for kids going nuts stuck at home. Every video that we watch explaining our new assignment feels like Colonel Trautman trying to pull Rambo back into the fold for one more mission.

I tried to explain it by blaming the lists. All of the things that we have to work on come as a “to do” list and anyone that knows me well or have seen my schedule book knows that there is very little I find more satisfying than crossing something off. I also keep adding to those lists, a never-ending catalog of places I want to go and things that I want or need to do. They are never fully completed. That isn’t it.

I could say that it’s keeping us busy. That even though I let loose some pretty colorful language when I opened the music assignment due tomorrow and saw that we had to make our own instrument it gave us something to do. I could but we also had stuff like math and social studies hanging around and got a late start due to a morning bike ride. I also found that decorating a paper bag and filling it with items that reflected the book we were reading seemed unnecessary. She’s reading the damn book. I promise. We have other stuff we could be doing.

I guess I’m just trying to teach her something, that even though it sucks sometimes, we do what we are supposed to. It helps that I don’t think she knows that most of her friends probably didn’t make these paper plate maracas, that they are running through sprinklers or swimming in pools.

I wish I didn’t know. Wish that besides all the other things this kid has turned me into, a goody two-shoes wasn’t one of them.

One week to go.