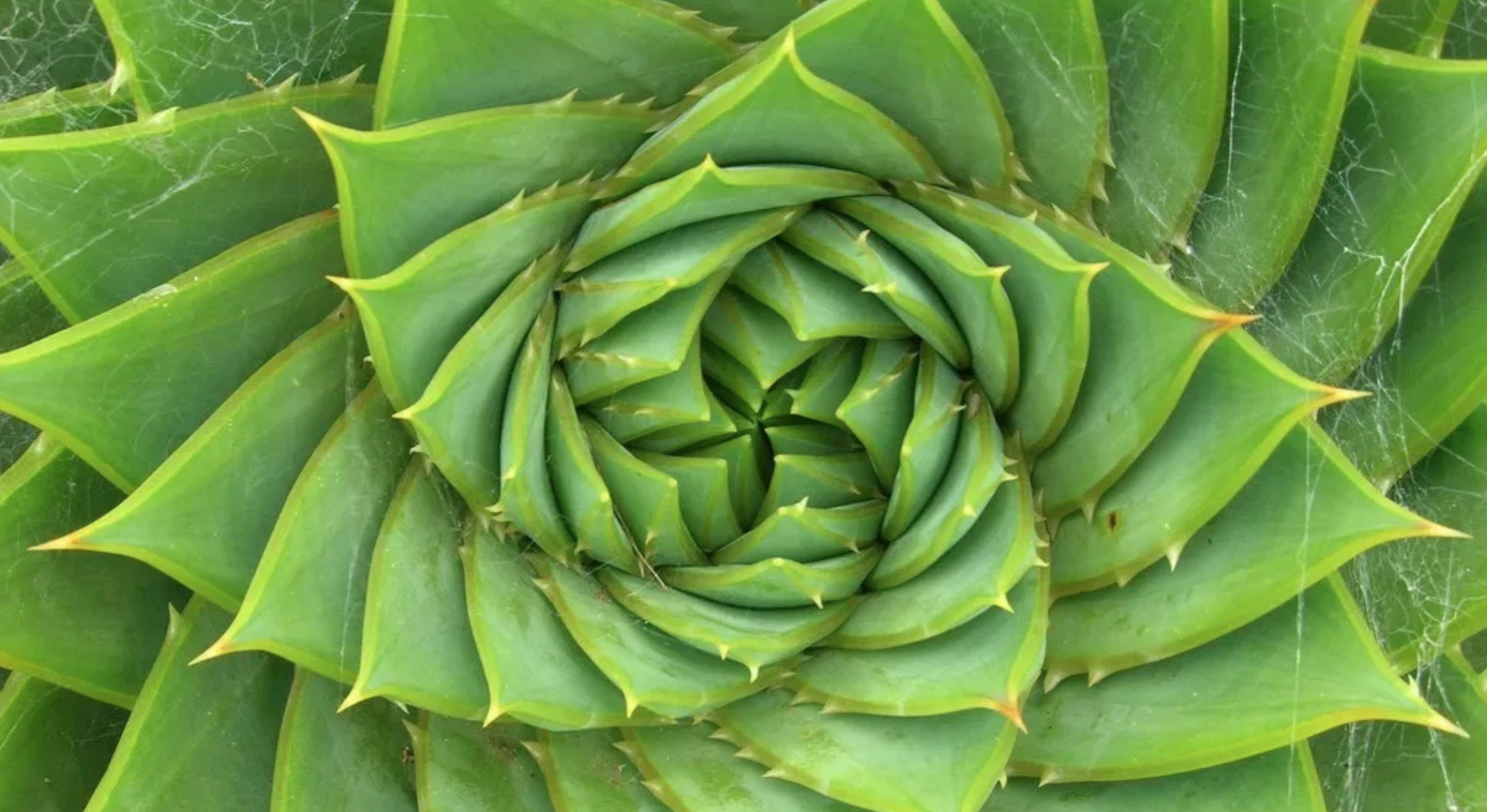 As a student at Bard College in the late 1980s and early 90s, I crossed paths with an intoxicating bloc of writers, including Chinua Achebe, William Weaver, John Ashbery, Mona Simpson, and Robert Kelly. (Toni Morrison had left the year before my arrival, but her presence still hung in the air.)

Achebe’s quiet dignity made him stand taller than anyone else in a room, despite his wheelchair. Weaver discussed Umberto Eco over caprese salad in his home as easily as his transition from a devout Catholic boyhood to confident gay man. Kelly’s artful mix of words, silence, and intonation matched his throaty voice and hyperbolic eyebrows.

These gifted masters lit a fire in me but also conveyed an unspoken message that I needed life experience to give my writing soul. And so, upon graduating from college, I moved into a shoebox-sized cabin 50 feet from a barn housing 42,000 chickens, took a job that had me traveling through Central and South America, and began studying theoretical mathematics.

At the time, I could not distinguish between white leghorn and Plymouth Rock chickens, knew no Spanish, and had last pursued math in high school when I had failed out of calculus. If nothing else, my adventures would provide fodder for my writing.

Initially, I devoted equal attention to my divergent pursuits. Over time, however, the clucking hens and Latin American traffic receded to background noise. Leonhard Euler’s exquisite identity, e^πi+1=0, which connects mathematics’ most fundamental numbers in one simple equality, took root in my daily thoughts. “Euclid alone has looked on beauty bare,” wrote Edna St. Vincent Millay, as if she understood my daily algebraic and geometric meditations.

Mathematicians, I learned, aspire to write proofs like poems.

When Dartmouth College offered me a full scholarship and fellowship to study full time in its mathematics doctoral program, I did not stop to think. Like Henry David Thoreau, I went to the woods to “live deep and suck out all the marrow of life,” which in my case meant spending all of my waking and many of my sleeping moments thinking mathematical thoughts. Thoreau, I was certain, would have understood. “The most distinct and beautiful statements of any truth must take at last the mathematical form,” he wrote.

At Dartmouth, I felt like a poet. I spent my days attempting to write mathematical proofs that distilled hidden truths into concise, elegant prose. Indeed, I overheard more than one debate regarding whether Kenneth Appel and Wolfgang Haken’s proof of the long-unsolved Four-Color Theorem was valid, for everyone agreed that it was neither as concise nor as elegant as a poem.

That the theorem, which states that no more than four colors are required to color a map so that adjacent regions have different colors, could be stated so succinctly seemed to fuel debate.

Mathematicians, I learned, aspire to write proofs like poems. (Or is it the poets who aspire to write poems like proofs?) Georg Cantor sought to provoke with his proof, revealing the existence of different sizes of infinity. His fellow mathematicians were so enraged that their subsequent hostility tormented him in his final days. He later died in a sanatorium.

Felix Klein’s poetic tendency was to investigate unconventional ideas. He conceived of a non-orientable mathematical object known as a Klein bottle. Its “non-orientableness” means that anyone who goes for an imaginary walk on it and returns to their starting point may discover that they have turned upside down. This disorientation-tinged-with-the-familiar is reminiscent of “Jabberwocky,” Lewis Carrol’s poem of familiar-sounding nonsense: “Twas brilling, and the slithy toves, did gyre and gimble in the wabe, all mimsy were the borogoves, and the mome raths outgrabe…”

Benoit Mandelbrot was also a poet of sorts, as he drew attention to details that others often overlooked. “Clouds are not spheres, mountains are not cones, coastlines are not circles, and bark is not smooth, nor does lightning travel in a straight line,” he said. These observations spurred him to discover fractals—mathematical objects that have not one-, two-, or three-dimensions, but fractional dimensions.

Carl Friedrich Gauss’s mathematics sought to deliver poetry-like surprise and delight. He conceived of triangles whose interior angles summed to more or less than the 180-degrees that our high school geometry teachers assured us was immutable. (Some high school geometry teachers lie.) The angles of a triangle on a ball, for example, may have three right (90-degree) angles that sum to 270 degrees. “Inspiration is needed in geometry, just as much as in poetry,” according to Aleksandr Pushkin.

Both poets and mathematicians seek to establish standards of beauty. Ancient Sanskrit mathematical writings identified Fibonacci numbers—a list of numbers that begins with two ones and in which each subsequent term is the sum of the two before it. The Fibonacci sequence begins as follows:

And the pinecone and cactus both have 13 counterclockwise and 8 clockwise spirals.

Mathematicians, like poets, also enjoy narrating stories. Euclid’s proof asserting the existence of infinitely many primes began by imagining a world in which there are only a finite number of primes. The remainder of the proof recounts what goes awry—a lot!—when building an argument on that faulty assumption. His narrative approach made good sense. “The best way to communicate from one human being to another is through story,” National Medal of Science recipient Donald Knuth, who was trained as a mathematician, told me in a recent Quanta Magazine interview.

Of all common ground shared by mathematicians and poets, work-as-refuge may be the most compelling.

Both poets and mathematicians are driven to create something new. Typical wallpaper patterns, for example, begin with a motif that is then repeated by way of rigid translations, rotations, reflections, or combinations thereof.

Mathematicians had long known that there were only 17 unique ways of combining these rigid symmetries, which means that there were only 17 unique underlying wallpaper patterns. However, Sir Roger Penrose designed a new kind of two-dimensional symmetric pattern—known as symmetry of scale—that was not among the 17. That is, any outlined region of a Penrose pattern may be enlarged and subsequently found somewhere else in the pattern. “A mathematician, like a painter or poet, is a maker of patterns,” said Godfrey Harold Hardy.

Of all common ground shared by mathematicians and poets, work-as-refuge may be the most compelling. “Mathematics and the stars consoled me when the human world seemed empty of comfort,” philosopher Bertrand Russell wrote in his autobiography. Indeed, the COVID-19 pandemic, ongoing systemic racism, misogyny, homophobia, ableism, transphobia, and other societal ills have made the world in 2020 seem empty of comfort at times.

In both mathematics and poetry, “You discover that your longings are universal longings, that you’re not lonely and isolated from anyone. You belong,” to borrow words from F. Scott Fitzgerald. Not every mathematician is as gifted as Euler, Cantor, or Penrose, nor every writer as gifted as Achebe, Morrison, or Thoreau. 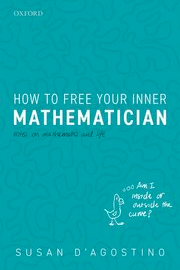