Themeless Saturday by Peter A. Collins 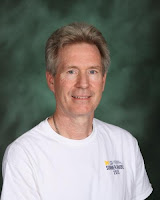 Today's constructor has 113 NYT puzzles published and many in other venues. He has been a math teacher in the Ann Arbor, Michigan school system since 1980 and  is now the department head at Huron Public High School in that city.

Peter was kind enough to offer these thoughts about himself and this puzzle:

Hi Gary,
I moved this over to my non-public school email.  Someday I might retire and when that happens, the other address will go up in a puff of smoke.
Thanks for reaching out.  I'd be happy to share my thoughts on my 8/8 LA Times puzzle, and a bit about myself.
As you may or may not know, I submitted answers to an interview on the Crossword Corner site back in 2011.  Here's the link:
https://crosswordcorner.blogspot.com/2011/10/interview-with-peter-collins.html
I'm still a high school math teacher in Ann Arbor, about to start my 41st year (albeit virtually).  I also still teach at the University of Michigan in the summer.  I'm still married with four daughters, but now we have two grandsons as well.  We're fortunate that everyone is still local, so we get to see the family a lot. 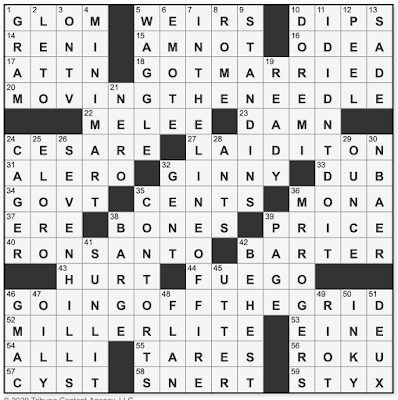 The seeds of this themeless puzzle were the two grid-spanning Across entries -- MOVING THE NEEDLE  and GOING OFF THE GRID.  From there it was just a matter of trying to keep the fill lively and the crosswordese to a minimum.  Looking back on it, I like most of the longer entries -- GOT MARRIED, MILLER LITE, MR ROGERS, MINIMART, I DIDN'T DO IT, LAID IT ON, SEVEN HILLS, and RON SANTO.  I think entries like ROKU can help keep a puzzle feeling a little more current -- for those who have no idea who RON SANTO was.
I always enjoy working with Rich and Patti, and I hope you found this puzzle a fun diversion in these strange times.
- Pete Collins.
Now let's see what this former Michigan Wolverine, now a Huron High River Rat,  has for us today:
Across:

1. Snatch, with "onto": GLOM - A few months ago many people tried to GLOM on to as much TP as they could

5. Low dams: WEIRS - A WEIR on the Russian River in Alaska used for a fish census

10. Party lineup: DIPS - Hopefully not the people you invited but sauces to enhance the flavor of your chips

15. Terse denial: AM NOT - Ah, echoes of the playground

16. Classic concert halls: ODEA - Plural for an ODEUM like this 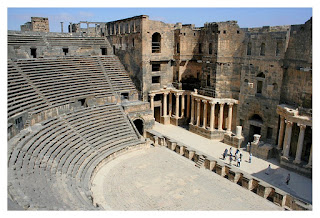 17. Letters followed by a colon: ATTN.

24. Borgia who was the son of Pope Alexander VI: CESARE - Is said to be the inspiration for Niccolò Machiavelli's The Prince
27. Was effusive with flattery: LAID IT ON and 47. Full of smarm: OILY.- Nobody did it better than Eddie Haskell 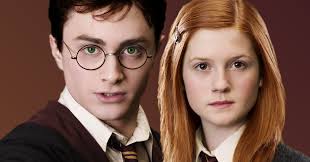 33. Translate, perhaps: DUB - I remember watching Who's The Boss DUBBED into Italian in Venice late one night

36. Homer Simpson's mom: MONA - Either you knew this or you're like me

38. "Treasure Island" pirate Billy: BONES - "A habitual drunkard, Billy BONES terrorizes the customers of the Benbow with his swearing, singing and general bullying"

40. Hall of Fame third baseman who spent 14 seasons with the Cubs: RON SANTO - His rookie card can fetch over $100 or perhaps you could 42. Trade: BARTER like C.C. and Boomer would 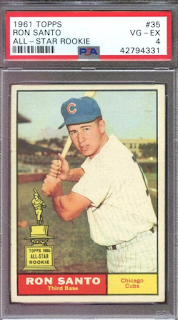 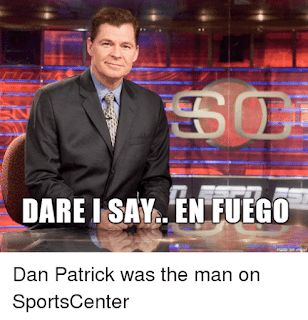 46. Not staying connected, in a way: GOING OFF THE GRID. 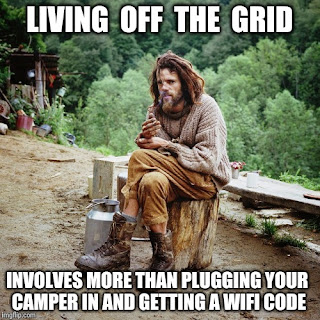 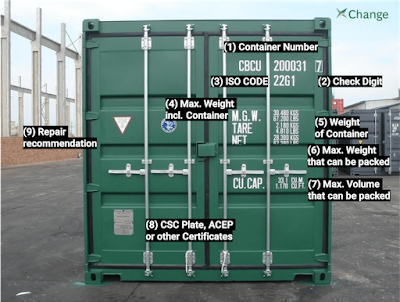 59. Indirect contributor to Achilles' vulnerable spot: STYX - Achilles' mother Thetis dipped her son in the river STYX to protect him but... 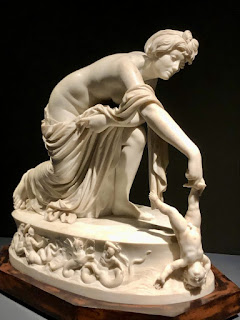 5. Many a golfer's pre-swing move: WAGGLE - If you're a golfer, you probably know this movie and waggling actor (*if not, the answer is below) 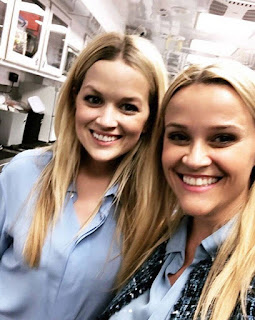 11. Innocent response: I DIDN'T DO IT - The Alcatraz theme song

13. "The Sweetest Taboo" singer: SADE - A very nice song by an artist whose name (shaw DAY) comes from her mother's home country of Nigeria 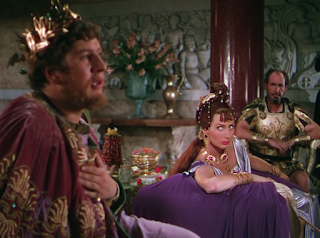 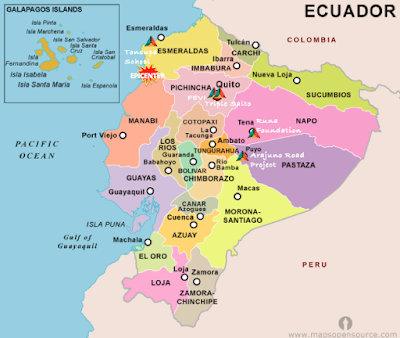 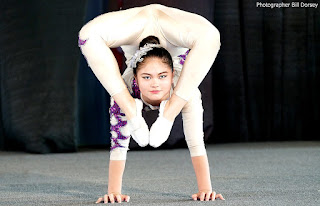 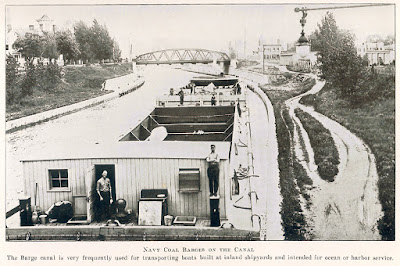 42. Urgent request: BEHEST - Godfather - Senator to Willi Cici, "You kill people at the BEHEST of your superiors?" 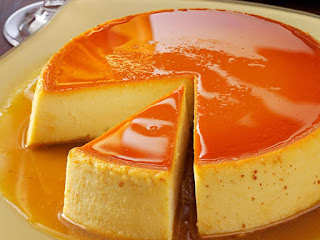 Explanation of this Schrödinger puzzle below made by Pete. He said he started it when he saw  FRANK SINATRA and ELVIS PRESELY had the same number of letters and he worked for it over the years until it fell into place. 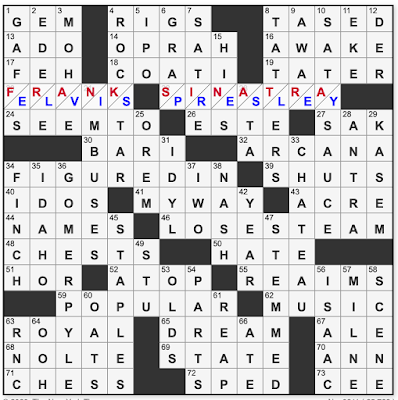 Comment at will or at Pete!
*That golfing waggler is Ted Knight as Judge Smails in Caddyshack