The past two weeks have seen no shortage of enraging events—from the murder of George Floyd, an unarmed black man, by a white police officer to the continued police brutality during the ensuing protests across the country. But some have directed their outrage elsewhere: at public-health experts, whose choice to support the anti-racism demonstrations has been called the latest example of liberal hypocrisy.

On June 4, more than 1,200 public-health experts signed a letter saying the protests were “vital to the national public health and to the threatened health specifically of black people in the United States.” Conservative commentators and a few liberal academics accused the experts of making a sudden U-turn in their messaging. The people who are calling public-health experts inconsistent believe that supporting the anti-racism protests in May, but condemning the anti-lockdown ones in April, reflects ideology rather than science, and could lead to a loss of credibility for public health as a field.

Supporting one kind of protest but not another may seem confusing at first, but the decision reflects what public-health experts have always tried to do: Maximize the health of the population across all aspects of life. And health is about more than simply remaining free of coronavirus infection.

At its core, the argument being leveled against public-health experts is that the reason for the protests shouldn’t matter. The coronavirus doesn’t care whether it’s attending an anti-lockdown protest or an anti-racism one. But these two kinds of protests are not equivalent from a public-health perspective. Some critics might argue that the anti-lockdown protests promoted economic activity, which can help stave off the health implications of poverty. (On this count, public-health experts were ahead of the curve: Many—including one of us—were advocating for a massive infusion of assistance to individual Americans as early as March.) But these protests were organized by pro-gun groups that believe the National Rifle Association is too compromising on gun safety. Egged on by the president to “save your great 2nd Amendment,” anti-lockdown protesters stormed government buildings with assault rifles and signs reading COVID-19 is a lie. The anti-lockdown demonstrations were explicitly at odds with public health, and experts had a duty to oppose them. The current protests, in contrast, are a grassroots uprising against systemic racism, a pervasive and long-standing public-health crisis that leads to more than 80,000 excess deaths among black Americans every year.

For some critics, the gravest mistake made by public-health experts was allowing themselves to be sidetracked by politics. Highlighting the health implications of police violence and systemic racism, rather than focusing on the real work of combatting the coronavirus, meant that “political ideology”—that is, anti-racism—"became part of the public-health equation.” But color blindness—or the insistence that race isn’t relevant—reinforces many color-coded inequities, as Eduardo Bonilla-Silva suggests in his book Racism Without Racists. This same insistence, that the protests are purely ideology and politics and therefore irrelevant to public health, is a way of sweeping racial health disparities under the rug once again.

[Read: Being black in America can be hazardous to your health]

The people who are marching in the streets right now are well aware of the risk of coronavirus transmission. Many of the protesters are from communities of color, which have been hit hardest by the pandemic, and some have lost loved ones to the coronavirus. They are not acting out of ignorance that needs to be corrected by public-health experts. As one protester in Minneapolis said, “Yes, corona is happening. It’s real, it’s deadly. But racism kills way more lives.” The protesters from all over the country are weighing interrelated risks: the coronavirus pandemic, police violence, and centuries of systemic racism that have led to large gaps in life expectancy, health, and wellness between black and white people in the U.S. The health crisis for black Americans didn’t start in 2020. It started in 1619.

Public-health experts are weighing these same risks at a population level, and many have come to the conclusion that the health implications of maintaining the status quo of white supremacy are too great to ignore, even with the potential for an increase in coronavirus transmission from the protests. Some have asked, How many new infections from the protests will public-health experts tolerate? But this is not a contest. Questions like this are once again a call to color blindness, to stop seeing the health effects of systemic racism as something worthy of attention during the pandemic. In this utilitarian calculus, new coronavirus infections from the protests will always be greater than the health impacts of systemic racism because what matters most was decided even before the math was done. Others have suggested that even if racism matters for public health, we have no proof that the protests are the antidote to the poison. Although there is no way to quantitatively evaluate this question right now, supporting the protests is more than an “assertion of faith.” It’s a recognition that social mobilization has historically played a significant role in improving public health. In fact, “sanitary crusades”—revival-style conventions that demanded cleaner cities to protect against devastating epidemics—helped stimulate the formation of the American Public Health Association in 1872.

To be clear, the protests are not risk-free with respect to viral transmission—nor have public-health experts suggested they are. Parades in Philadelphia and Detroit in 1918, for example, resulted in the spread of influenza. Being outdoors reduces the risk of transmission compared with most indoor events and interactions, and unlike the anti-lockdown protests, most attendees at the anti-racism protests seem to have worn masks. But any large gathering could spread the coronavirus, especially when social distancing becomes difficult or impossible. Even more concerning are the actions of police officers that are increasing the risk of transmission and have largely gone unchecked, including kettling (corralling protesters in close quarters by surrounding them on all sides), use of tear gas, close contact while beating protesters with batons, tearing off people’s masks to pepper-spray them, crowding protesters onto buses, and detaining people in jails, where the coronavirus spreads like wildfire.

[Read: Curfews and arrests will inflame the pandemic]

Even if public-health experts did want to stop the protests, they almost certainly could not. Any public-health pronouncements to the hundreds of thousands of people marching around the U.S. and worldwide would be like shouting into a mighty wind. (The anti-lockdowns protests were not at the same scale.) Many experts, and some public-health officials, have adopted a harm-reduction approach to the protests, accepting that they must happen and offering recommendations to help people protest as safely as possible. Others have gone further by handing out masks and other protective gear on-site.

Why are public-health experts focusing on protests—but not as much on social gatherings, funerals, work, or religious services? We hear you. People need public-health guidelines that can help them socialize, mourn their dead, worship, get back to work, and—yes—protest more safely. Americans can’t bubble-wrap themselves until there is a vaccine or a cure for this disease. People didn’t stop having sex in the 1980s in the face of AIDS: They opted for safer sex. Likewise, it’s time to start thinking about how to live sustainably with this new virus, which may be around for a very long time. Some public-health experts, including us, have been advocating for this approach since early May. Even so, people must remain open to the possibility that if a second wave of infections occurs, public-health officials may need to suggest stricter lockdown measures once again. The public-health approach must adapt to the changing nature of the pandemic and to the growing body of scientific evidence. Any new lockdown, though, needs to be smarter, more efficient, and more targeted than the first.

Ultimately, the critics of public-health experts are right about one thing: Public health does have an ideology, one that is rooted in the understanding that health is determined not only by physiology and pathogens, but also by social forces, including systemic racism. This idea isn’t new—it’s foundational to the field. As the physician Rudolf Carl Virchow said in 1848, during another period of great social upheaval: “Medical statistics will be our standard of measurement: We will weigh life for life and see where the dead lie thicker, among the workers or among the privileged.” If public-health experts ignored the social determinants of health, that omission would be cause for a loss of credibility.

In the midst of both a pandemic and a civil-rights uprising, ordinary Americans are trying to take care of one another in extraordinary ways—by social distancing to prevent coronavirus transmission and by protesting the deadly legacy of white supremacy. No one who is truly concerned about the public’s health has the luxury of sitting on the sidelines of either of these fights. 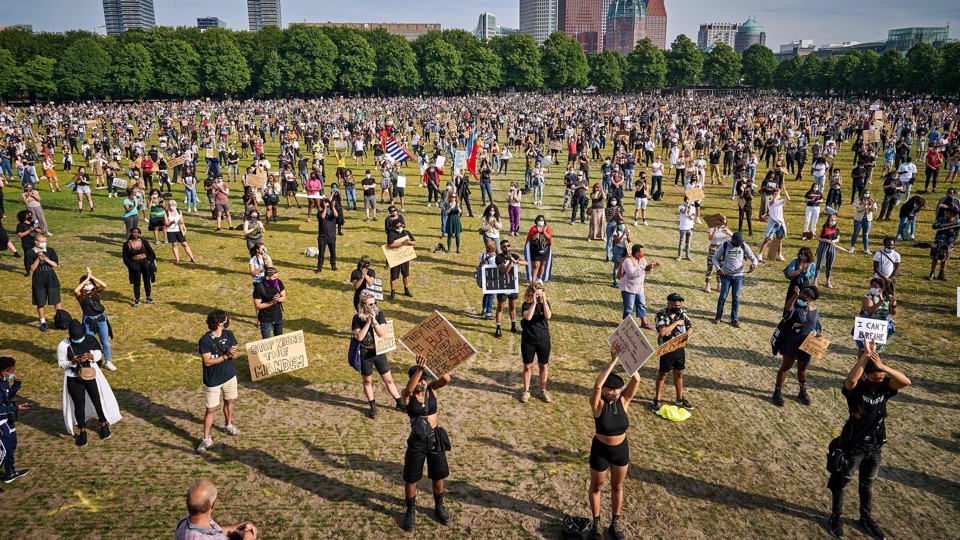 The Best Brain-Building Puzzles for Babies, Toddlers, and Kids
June 24, 2021

How To Use Summertime to Strengthen Life Skills for Kids
June 24, 2021