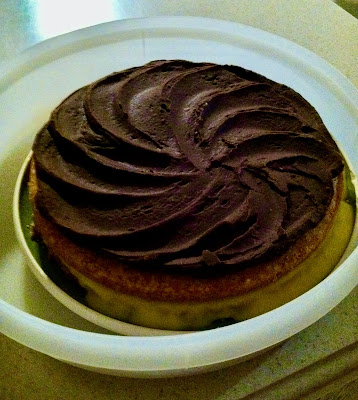 Camille Minichino aka Ada Madison aka Margaret Grace aka Jean Flowers aka Elizabeth Logan is the author of twenty-eight mystery novels in five series, plus many short stories and articles. Learn more about her, her various pseudonyms, her books and check out her blogs at her website.

The Bear Claw Diner sits on a road that’s as busy as it ever gets in Alaska, on the highway between Anchorage and Denali National Park. While its owner, Charlie Cooke is often busy investigating homicides, Victor, her young Chef, takes advantage of the occasions by changing up the menu.

In “Murphy’s Slaw,” the third book in the Alaskan Diner Mysteries by Elizabeth Logan (me again), Victor has taken an interest in regional foods outside of Alaska. He’s come up with offerings such as Philadelphia cheese steak, Denver omelet, Maryland crab cakes, and various Florida pies with key limes. Charlie and the rest of the Bear Claw staff were resisting spam, apparently still a hit in Hawaii. Victor defended the dish by noting that he’d found a recipe for a spam and rice combo wrapped in seaweed.

Coincidentally, Victor landed on one of my favorites: Boston Cream Pie, the official Massachusetts State Dessert. The not-quite-a-pie but more-than-a-cake treat originated at a famous Boston hotel nearly two hundred years ago. A native of Boston, I like to spout trivia about it now and then. I often put words in Victor’s mouth, like the fact that the world’s largest BCP was displayed at Faneuil Hall Marketplace in 2005: 16 feet in diameter, including 1,300 pounds of cake, 800 pounds of filling, and 500 pounds of chocolate frosting.

That could keep me happy for approximately the rest of my life.

“It weighed more than a ton,” Victor tells us, doing the math.

Here’s the recipe for a more normal size BCP. This is a three-part dessert, but well worth the time and effort.

For the cake layers: Separate eggs; place whites in a small bowl and set aside. In a large mixing bowl, combine cake flour, 3/4 cup of the sugar, baking powder and salt. Set aside.

In a small bowl with an electric mixer, beat egg whites until soft peaks form. Very gradually beat in the remaining 1/4 cup sugar; beat until stiff peaks form. Set aside.

Bake cake 20 to 25 minutes or until centers spring back when gently pressed. Cool in pans on wire rack for 5 minutes. Loosen cakes around edges and turn out onto racks. Cool completely.

When milk comes to boiling, gradually stir in cornstarch mixture with wire whisk. Return to boiling, stirring constantly. Reduce heat and simmer 1 minute or until thickened to pudding consistency. Set aside to cool to room temperature.

In 1-quart saucepan, heat water and sugar to boiling.

Remove from heat. Cool 5 to 10 minutes or until slightly thickened.

To assemble, place one cake layer, upside down, on a serving plate.

Top with remaining cake layer, right side up.

Spoon glaze over top; spread to edges of cake. 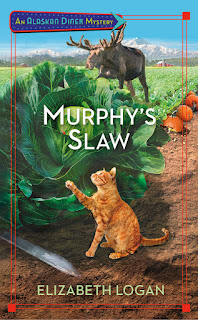 Charlie Cooke loves many things, like the Bear Claw Diner, the heated steering wheel of her car, and her orange tabby cat Eggs Benedict. Something she has never loved is the state fair. So when her best friend Annie Jensen begs her for a fair day, she’s reluctant.  But Annie isn’t the only one who wants her to spend a day among farm animals and deep fried food. A vendor has been murdered, and Trooper Graham needs his favorite part-time sleuth to dig up the truth, and Charlie is happy to oblige.

The case grows personal when Charlie learns the victim is Kelly Carson, whom she and Annie were friends in high school. If Charlie wants to find justice for Kelly, she and Annie will have to work together to weed out the killer.