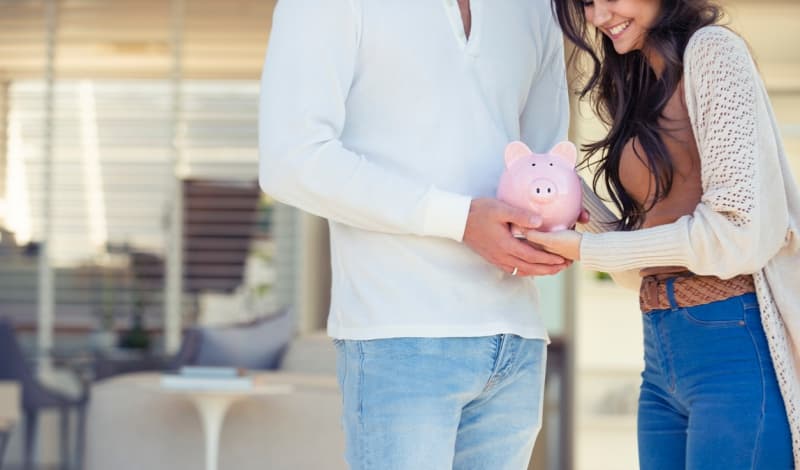 So you’ve managed to convince your spouse about Financial Independence! Any time they have doubts, you forward them relevant articles from FIRE blogs. Every now and then a FIRE couple is featured in the news or magazines and you forward that also with the unstated opinion that “so many people cannot be wrong”. But the truth is things can go horribly wrong and this Valentine’s Day is as good as any to re-focus.

Can extreme savings lead to divorce?

The FIRE community may be transparent about their finances and life goals. But they tend to sweep uncomfortable truths under the rug like for example the impact of extreme savings on relationships. A casual search on reddit FI throws up posts on divorce , breakups , regret and late realisation but the comments are mostly how FI/RE is not the main cause and the relationship would have broke down anyway. While these relationship problems happen to the general population as well, extreme savings adds extra strain to a marriage. My point of this post is so one does not wake up one day and wonder what happened to their life just when you thought all was going well. If there is one thing that can derail your FI/RE goal it is the marriage imploding. So if you are the kind who likes to “mitigate” any risk to their Financial Independence goal, then treat this as a “relationship risk” and nip it in the bud. If you are honest then you’ll forward this blog post to your spouse even if it makes you uncomfortable 🙂

Year 0 : You(typically male) get super-excited about FI/RE and consume all the words written on the internet about it.

Year 2 : You are happy that Spouse is on-board. Spouse is also happy because savings seems like what responsible people do and they are learning so much about personal finance.

Year 3 : Honeymoon period ends. Either buying a house or a kid is in the horizon. Spouse begins to suspect that you are skimping on other important life goals like house, kids etc due to single-minded focus on FI/RE. You brush off their concerns with more repetition and math about how you will reach FI/RE in just the next 7 years. Spouse asks: after 7 years, then what? You reply: I will retire from work. Spouse asks: what about buying a house and funding kids education? You have no answer.

Year 4: Fights erupt regularly over saving and spending especially when the extreme savings is an artificial constraint on spending or investing elsewhere. Your whole FI/RE project that looks good on Excel is turning out to be quite messy in real life.

What can you do?

If you’ve gotten to this point in your relationship, you have to face the reality that you’ve reached a fork in the road. To the left is marriage and to the right is your FI/RE goal. It is one or the other at this point. So start listening carefully to your spouse. Are they saying that you are penny-pinching for even small luxuries or are they saying that extreme savings is preventing them from reaching their life goals.

IF YOU WANT TO GO FAST, GO ALONE;

BUT IF YOU WANT TO GO FAR, GO TOGETHER.

If you choose the FI/RE fork you are guaranteed to mess up the marriage. But on the other hand if you choose the marriage fork there is a high chance that you will still hit your FI/RE goal. Here’s how: Frame your spouse’s life goals in FI/RE terms. For example: Say your spouse wants buy a house instead of pouring all savings into FI/RE. Think of it this way: You will have to buy a house to live in retirement anyway and buying a reasonable house will eliminate the rent expense which will reduce your overall FI/RE target. Why not try and crush a house loan within 7 years using the same FI/RE extreme savings method? Marriage saved. House bought. FI/RE target reduced. win-win-win. Unlike regular people the EMI will not be a sword hanging over you every month as you have a large safety net saved up so far.

Build the life you want, then save for it

I borrowed this heading from this reddit thread. You don’t have to read the thread to understand this logic. Frugality is presented as the foundational principle for FI/RE. But I’ve kept hammering the point that you can’t be frugal during saving years and hope to live lavishly during the retirement years. The math does not work that way. Your success will be more sustainable if you truly understand your lifestyle expenses and save for “that” instead of some fudged Excel target. If your life-partner is telling you strongly that you are ignoring major lifestyle expenses then listen to them.

Just because you stop saving for FI/RE and instead buy a house or fund your kid’s education does not mean you’ll have to abandon your FI/RE goal. The solution is to increase your income and keep pumping the surplus towards your corpus. A lot of FI/RE aspirants hate their jobs and that’s the primary motivator for FI/RE. Have you considered earning extra income on the side either using your existing skills or your passion? Have your considered brushing up your skills and applying for a higher-paying job? Have you approached your boss and asked them what you need to do to get a promotion in the next 1-2 years? Your FI/RE corpus saved up so far will give you the guts to take these bold steps. Now you have your spouse supporting you 100% in these bold moves since they know you are doing it for the family. You can then encourage your spouse also to increase “their” income in a similar fashion to meet all life goals faster and still be on course for FI/RE

What does all this mean for your FI/RE goal?

If you can only save for 4-5 years after marriage and assuming you’ve saved for 4-5 years as a single person before marriage, then you’ll realistically only hit Coast-FIRE – meaning you would have already saved up for retirement at age 60 in your 30s itself. But it would not be the 25X you had targeted. But this is still much better than 95% of the working population and the safety net is still there for 10 years if not 25. You are better off than you realise!! If you don’t feel confident at this achievement of 10X then you will not feel confident even with 25X

I still recommend saving for FI/RE corpus as the first asset you should build instead of a house which is a dead-weight career-killer in India. Because FI/RE gives you the freedom not to worry about money freeing you up for better things in life. Having said that, Life is all about balance. So don’t focus single-mindedly only on achieving FI/RE neglecting other important life goals. Think back to why you wanted to FI/RE in the first place and whether the FI/RE journey has already given you that comfort and confidence. Think of achieving other life goals as re-balancing your portfolio into multiple assets one of which is a marriage you can bank on in good times and bad.

This post was previously published on Saving Habit and is republished here with permission from the author.
—

If you believe in the work we are doing here at The Good Men Project please support our mission as a Premium Member.

All Premium Members get to view The Good Men Project with NO ADS. Need more info? A complete list of benefits is here.

The post Money & Love: How Many Years of Extreme Savings Can Your Spouse Take? appeared first on The Good Men Project.