Standardized tests are tests that aim to measure a student’s progress in a subject. The tests are returning to America’s schools this spring after the year-long pandemic. But millions of students will face shorter exams that carry less importance. And most families are being given the choice to not do testing at all. New guidelines With new guidelines from the Biden administration, states are using different testing plans. These plans aim to reduce the stress of tests while still getting some data on student learning. However, large numbers of students will go untested, meaning it will be unclear how much learning has been set back by the pandemic. Robin Lake is director of the Center on Reinventing Public Education at the University of Washington. “We will end up with a highly imperfect set of data,” Lake said. Lake added that the U.S. will have to follow and learn about the issue “for at least the next few years, and maybe the next decade.” The current debate is the latest in a series of battles over school testing among American parents and education leaders. As in the past, parents are divided. Some are demanding tests to get an idea of their children’s progress. Others see no need to put their children through the stress of a test. As a teacher, Jay Wamsted believes there is value in testing. But when his sixth-grade daughter Kira asked to not be tested this year, he saw no reason to object. He already knows she needs to catch up on math after months of online learning. And as a teacher at her school, he knew that many other students were not taking the tests either. “I know she’s a little behind, and I don’t need that data,” said Wamsted. Parent Abby Norman found her third-grade daughter crying in her bedroom the morning tests were set to begin at her school near Atlanta, Georgia. Priscilla, 9, had just returned to the classroom after learning from home. She was worried that she was not prepared. But she did well on the test. “She was so nervous about this test that I don’t care about at all, that does not matter to me,” said Norman. Critics and supporters Those who oppose testing say it is the last thing students need after such a difficult year. Schools have other ways to study students’ progress, they say, and testing only takes away from classroom time. Testing supporters say that there is still value in collecting as much data as possible. Lake, at the University of Washington, said even imperfect results can be used to help students recover. In normal years, the federally required tests are used to study a school’s performance and its student’s progress. In some states, students must pass certain tests to move to the next grade or graduate from high school. But this year, most states are measuring student growth and not making schools and students responsible for the results. After last year’s tests were canceled, there was hope that this year’s exams would give information about the pandemic’s effect on education. But different testing between states now makes a comparative study impossible, said Scott Marion, the executive director of the nonprofit Center for Assessment. The group helps states design and evaluate tests. Still, he believes the results will have value. As schools begin the long process to help students recover, he said, this year’s data will provide a starting point to measure against. I’m John Russell.   Collin Binkley reported on this story for the Associated Press. John Russell adapted it for Learning English. Hai Do was the editor. _____________________________________________________________   Words in This Story   stress – n. a state of mental tension and worry caused by problems in your life, work, etc decade -- n. a period of 10 years grade -- n. the students in the same year of study at a school graduate -- v. to earn a degree or diploma from a school, college, or university evaluate – v. to judge the value or condition of (someone or something) in a careful and thoughtful way 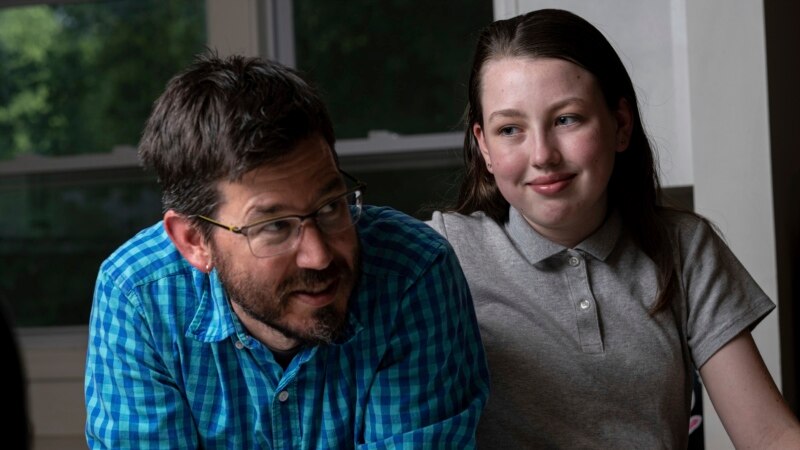