An outdoor classroom at Emerald Elementary School is flourishing despite the absence of students to tend the raised garden beds, and the produce being cared for by volunteers will stock the shelves at area food banks.

This spring, Garden to Table, a Boulder nonprofit, has been growing more than 3,000 lettuce plants in school gardens and in the backyards of board members, staff and volunteers around the county and in Broomfield. A May harvest has so far yielded more than 900 heads of lettuce, or more than 250 pounds, that have been donated to Community Food Share and Boulder Food Rescue.

Garden To Table uses staff members and volunteers to help foster school partnerships to ensure the growth of your school gardens, according to its website.

“Food banks are overwhelmed as more families take advantage of their services,” the nonprofit stated in a news release. “This summer, we’ll be growing nutrient-dense vegetables such as carrots, kale, beans and squash for families in need.”

Leslie Norcross, volunteer coordinator with Garden To Table and parent of a first grader at Emerald, said the spring and fall lessons piggyback on core curriculum such as science, math and economics depending on the lessons. They also teach kindergarten through fifth-grade students about nutrition, organic gardening and environmental stewardship.

“The kids love it,” Norcross said. “Some have never planted a vegetable or harvested one. Their eyes light up. It’s some of their favorite days of the year.”

Emerald first graders were able to plant lettuce starts the day before the school shut down in response to COVID-19. Norcross’ daughter was able to participate.

The harvest on May 7 was supposed to have been done by second grade students, she said, who would then wash, spin dry and weigh the vegetables. Instead Norcross, who has been volunteering with the program for six years, was the only one out that day and harvested 75 pounds, or 165 heads, of lettuce.

“We also would have had pre-K planting pumpkin seeds, and kindergartners exploring shapes and colors in the garden,” she said.

Each year the entire school typically has a day on which students are able to sample the produce at lunch in partnership with the district’s School Food Project.

“We encourage them to make a rainbow on their plate,” Norcross said.

The decision to grow things such as carrots and kale was because the nonprofit wanted vegetables that were fast growing, nutrient dense and were easily transferred to the food banks. Typically the program has more than a dozen types of vegetables, but has pared that down this year.

“This summer is special because of COVID-19,” she said.

In years past, some vegetables have been donated, but most went into farmers markets schools set up in conjunction with bake sales, Norcross said. Money raised went back into the parent-teacher organization to pay for the garden program. Last year all third graders at Emerald bagged what they could and took home the produce to share with their families.

Traditionally school families sign up to tend the garden over the summer, but that has changed to reduce the number of people on campus, Norcross said.

Each year schools pay a nominal fee, for Emerald she believes it is $700 a year, for the program. The fee covers weekly visits by a nonprofit staff member, training for teachers, supplies teachers need for lessons, all the programing and lessons themselves, website support, as well as irrigation materials, seeds and plant starts.

“It’s a good challenge,” she said. “Students love it, and it’s great to get families involved as well. It gets them excited about caring for the environment.”

Emerald has nine raised garden beds in a gated garden in front of the cafeteria, Norcross said, but each school is different.

The public can support the nonprofit’s goal to donate 13,000 pounds of fresh, organic produce by contributing to a campaign at gardentotable.kindful.com. Those who donate will receive a Home Garden Resource Guide, which was created by garden director Laurel Smith, who has nine years of farming and gardening experience.

Garden To Table, formerly known as Growe Foundation, has been providing Boulder Valley elementary schools with on-site school gardens and curriculum since 2006. Emerald has had a garden since 2013.

Garden to Table is reaches more than 9,000 students annually, according to the organization.

Schools that have Garden to Table gardens are: 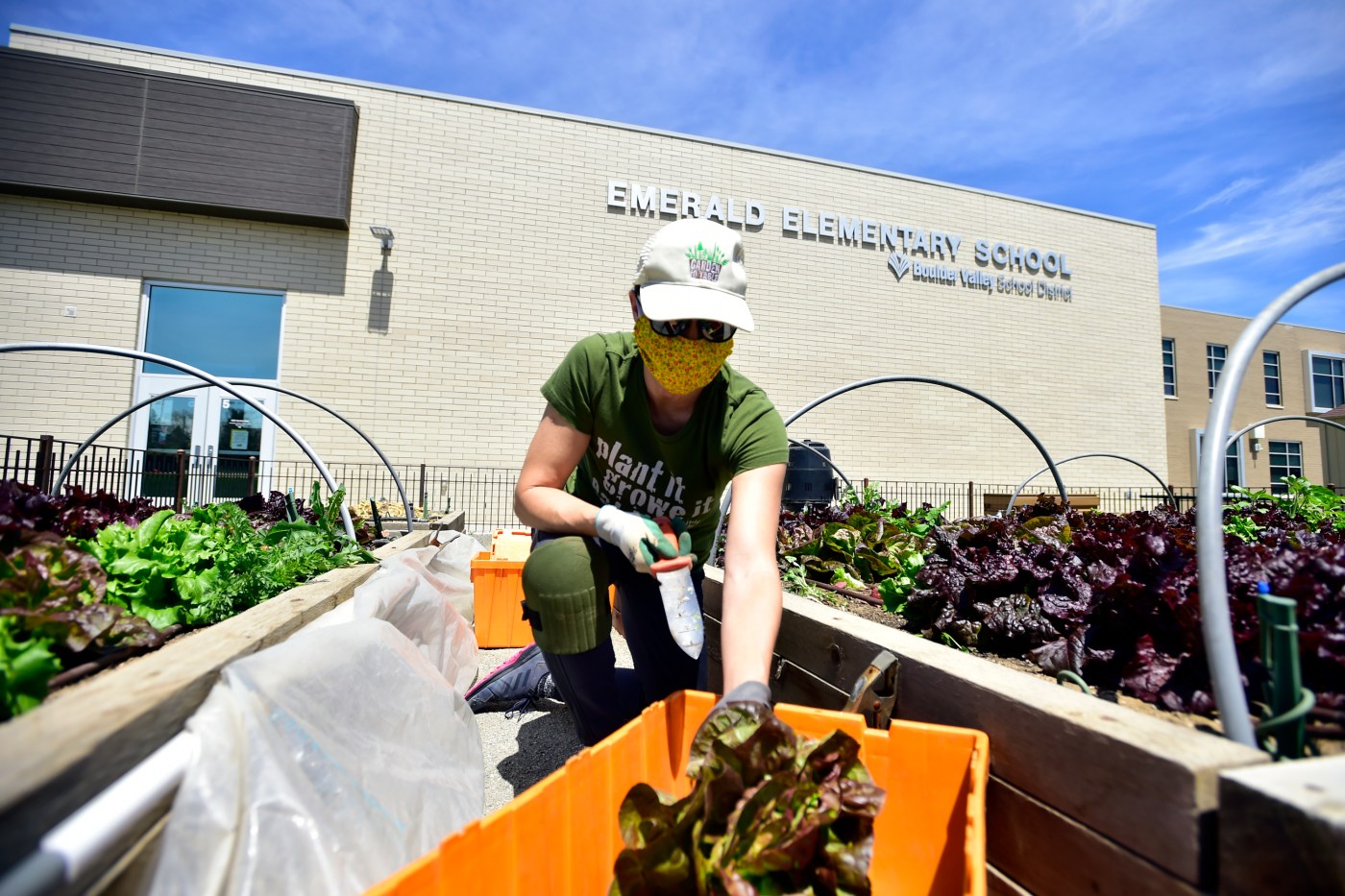 Why Even the Fastest Human Can’t Outrun Your House Cat
August 03, 2021

How to Play Scoot: Getting Started With Task Cards
August 02, 2021